Trump, China and the Paris Agreement: One Year On

Just over a year ago President Trump made good on his promise to withdraw the US from the landmark Paris Agreement, beginning an exit process that will be finalised in 2020. Upon announcing his decision, Trump drew stern criticism from international organisations, world leaders, environmentalists and even some within his own traditionally climate-sceptic Republican Party. To make matters worse, late last year the President lost his only – and somewhat unlikely – partner when Syrian President Bashar al-Assad became the 197th signatory to the agreement, leaving the US as a sole pariah state.

Trump’s central justifying argument is that Paris is a ‘bad deal’ for the US compared to its economic rivals India and China, who achieved much more favourable terms with regard to financial contributions and emissions reductions. The accuracy of these claims aside, it is important to analyse the impact this decision may have on both international politics and the global climate change regime. Initial indications suggest that doomsday scenarios, involving a domino effect of withdrawals and the collapse of the entire agreement, are unlikely to materialise.

International investment in clean energy is now arguably driven as much, if not more, by positive market forces as it is by political commitment. The global renewable energy market is today worth a heady $1.35 trillion, with the US market worth $200 billion alone: figures that are expected to grow exponentially as businesses continue to innovate and invest. The key point here is that for all his rhetoric, Trump of all people is not likely to truly shackle an industry that stands to make his country an awful lot of money.

In fact, 16 US states, recognising the economic and environmental imperatives and collectively representing almost 50% of the US economy, have bypassed central government to form the US Climate Alliance, upholding Paris at the state level. In any case, as his objection to Paris appears to be mostly economic as opposed to ideological, it may all be about appearances as Trump seeks to be seen to negotiate some kind of better deal for the US.

The other side to this, and something that should be of much more pressing concern to Trump, is that the world’s other leading powers may sense an opportunity and move to occupy the leadership vacuum left by the US on what is the defining issue of the 21st century. We have already seen evidence of this over the past year with an ever-ambitious China investing considerable economic and political capital into renewable technologies. $127 billion in 2017 to be precise, vastly eclipsing US investment, which trailed in second place with $40 billion (see Bloomberg report). Indeed, a 2018 report by the Institute for Energy Economics and Financial Analysis declared that ‘such is China’s significance in energy markets on the world stage that its shift toward clean generation technology is driving the trend at the global level’.

To paraphrase UCLA law professor Alex Wang (originally quoted by Vox News), whilst the US is burning bridges, China is building them, the latter often quite literally. After all, as a country with extremely high air pollution, precarious water security and an enormous population, China has skin in the game when it comes to climate change. Then again, so does the rest of the world. 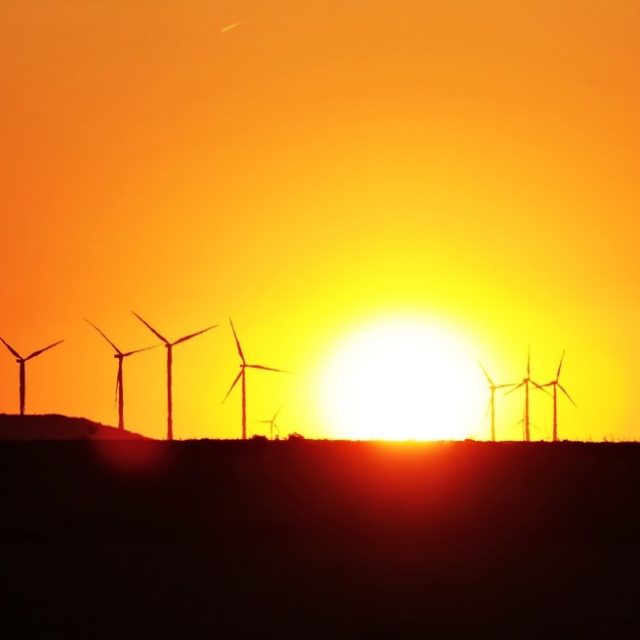