Since China’s ‘opening and reform’ foreign policy in the late 1970’s, China’s influence in world trade has grown exponentially. In Africa alone, Sino-African trade has risen from $10 million in 1980, to being now worth over $170 billion. 2013 saw China announce its ambitious One Belt One Road (OBOR) initiative investing billions in trade routes from China as far as Finland and a ‘maritime silk road’, with shipping lands that will connect China to Venice.

Described by McKinsey’s Global Managing Partner Kevin Sneader as the ‘largest ever platform for regional collaboration’. The project will be twelve times the size of the Marshall Plan (relative to today), the billions of dollars of aid from the US to help rebuild Western Europe after WWII. It will link 65% of the world’s population, a third of all the world’s GDP and a quarter of all goods and services.

However, the proposed project has many detractors in the West, not least the White House who view the project as a ‘made in China, for China initiative’. Leading politicians and multinationals, including the World Bank, are highly critical of Chinese foreign direct investment (FDI) regarding it as environmentally irresponsible, exploitative and potentially neo-colonialist. They also fear it will make China the dominant power in developing countries in Asia and Africa, rivalling the US and Europe’s traditional hegemony.

Nevertheless, maybe this is too simplistic and an expression of the West’s paranoia over its diminishing global influence.

The accusation levelled against China is that their investment, whilst, purportedly seems win-win for both China and the host country receiving the investment, it reflects a more colonialist nature aimed at the extraction of natural resources.

This problem is Chinese FDI is vast and differentiates from project to project. Its loans have thus far financed infrastructure, roads, railways, ports and hydropower projects in many struggling, and emerging countries. China has the capital and Africa has the natural resources to help continue China’s growth. Chinese foreign reserves, for example, are more than that of Brazil, Russia and South Africa combined. Alongside India, these four countries are collectively known as BRICS but they are all aware that China is the predominant member economically.

The vast foreign reserves allow China to strike deals with African countries, financing development in exchange for deals on their precious natural resources. The level of trade, due to increase exponentially with the OBOR initiative, is seen as dangerous by the West because of its potential to sway African elites toward policy interests that advance Chinese interests.

Angola, for example, repays $25 billion debt to China through crude oil. Small countries accrue massive debts by accepting Beijing’s offer to build much needed infrastructure, with the result China has the leverage to set terms in future engagements. If irresponsible this can be dangerous and draws similarities to neo-colonialist ‘subtle forms of domination by political, social or economic means’ described by Kwame Nkrumah.

In Zambia Chinese firms forced the government into a retreat on a proposed tax increase on open mining. In addition, the Minister of Mining Maxwell Mwale was imprisoned for corrupt dealings in favour of the Chinese in the award of mining concessions to Chinese firms, taking sweeteners to dishevel the political playfield. In Angola, the Presidency has been regularly accused of acting with Chinese oil and infrastructure firms to secure its political power.

Another cause for concern is the environmental and social standards that accompany the projects. A loan from a Western multinational, such as the World Bank and International Monetary fund among others, come with stringent conditions on human rights, environmental integrity, good governance and so on.

In many aspects Chinese loans are carte blanche in this regard, no standards are set, and they abide by a mantra of non-interference, meaning they will invest in any country irrelevant of their political situation. This can be problematic to good governance and human rights. China has invested heavily in Sudan even though the regime is accused of rampant human rights abuse against its own people, including rape and murder, and continues to pump hundreds of thousands of barrels of oil from the Red Sea each day.

On the other hand, Chinese investment has been crucial to development in many countries that have been devoid of investment due to different factors including political and economic risk. This could be judged a positive.

My own research investigated loans procured by Ghana and Sudan for hydropower projects and the results were positive. In Ghana’s Bui Dam, China offered a loan which came with much lower interest rates than that offered by the World Bank. The Dam should generate a positive cash flow in 15 years, has increased the installed electricity capacity by 400 megawatts whilst avoiding the use of greenhouse gases and has irrigated over 30,000 hectares of land. Meanwhile, dam workers were paid 29% above the national average and 91% of the workers were African. In this case the accusations of neo-colonialism seemingly fall short.

In Sudan the project has doubled the power production capabilities of a country that has twenty times the population of tiny economically backward Albania yet has half the energy capacity. Yet Sudan has a horrendous human rights record.

The challenge therefore for the OBOR initiative, is to ensure investment and planning is responsible, meticulous and sensitive to these issues. There needs to be transparency and regulatory system across borders that ensures investment is not wasted or channelled into corruption.

If this is secured, the potential for development in emerging markets and countries is large, as a World Bank report shows that China’s investment in Sub-Saharan Africa will likely increase the overall GDP by 4.7%. China’s model is not perfect, far from it, and their conditions of non-interference are attractive but undermine good governance measures pursued by more Western multinationals; However, the development capabilities their investment provides cannot be understated.

The difference is China has a lot of equity, the US and Europe have a lot of debt. China is fast becoming a viable option for emerging markets regarding development loans. This is shaping geo-political relations now. China is aiming to be the number one force in Asia and Africa, rivalling the West’s traditional dominance. Tensions between the US and China are already high after Trump’s trade embargos and the on-going Huawei controversy. On March 5, 2019 Italy became the first G7 country to formally endorse OBOR. This was criticised by the White House stating the move would damage Italy’s international reputation.

This confrontational attitude reflects growing concern in the Western hemisphere and as China’s influence grows, deeper geo-political tensions will arise with it. The world, as anyone with eyes to see, is changing. No country acts, economically, in a purely benign fashion with development aid. Deals are struck, favours implied. China might be disingenuous with its non-interference policy but given the West’s record it seems a little rich of the US and Europe to overly complain. What is good for the goose… 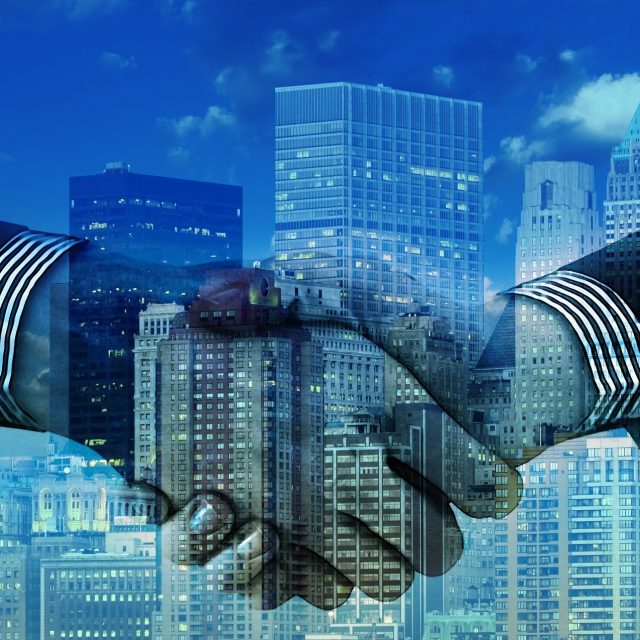